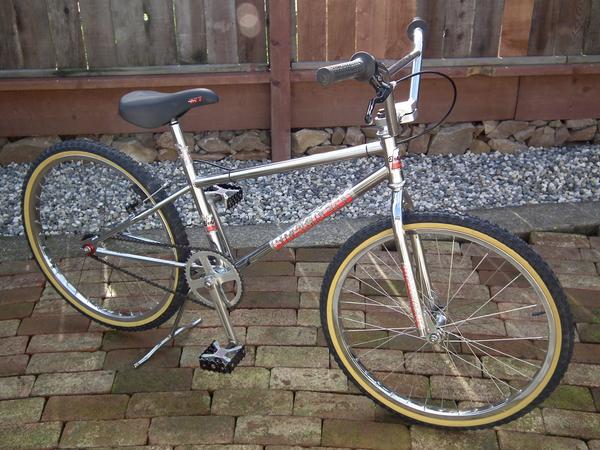 A perfect example of a Mid School survivor

This is my 1993 Brackens Cruiser , it was purchased as a complete surviving mid school race bike. When I received this bike it was a mess to say the least so it was completely disassembled, cleaned, lubed and put back together. An all original survivor right down to the tires this bike was begging to be ridden again. The seat was trashed and the rear rim was in bad shape and was mismatched so the correct seat was sourced as well as the correct rear rim & hub to match the surviving front. The original tires were in good shape and ridable , but were replaced to save the originals. So three things were changed to preserve and put this cruiser back on the road. When these bikes were made the geometry was well thought out as these cruisers ride like a dialed 20" it`s awesome. So there you have it another mid school gem saved from the scrap heap.