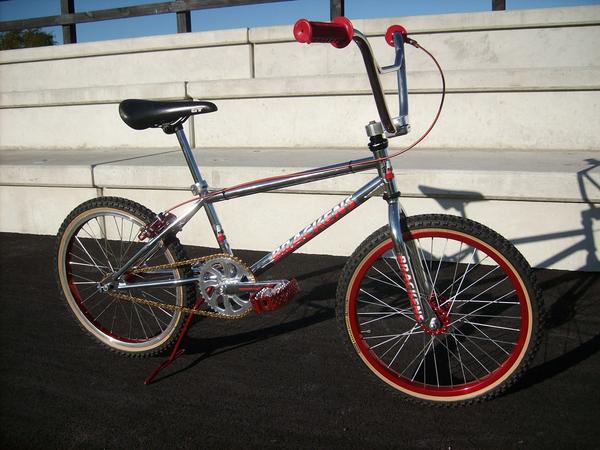 Found in my travels to buy something else and this popped up, was ridden to the corner and back by his sister then stored ever since when I happened across it, was a spare bike as his other Brackens was the race bike and thrashed then sold but kept this stored all this time, the original parts were used  on his other bikes over the years [damnit!] ,   T T is 19, serial is " S-035 " as seen in pix

This frame/fork has never had track time, probarly the only one on the planet