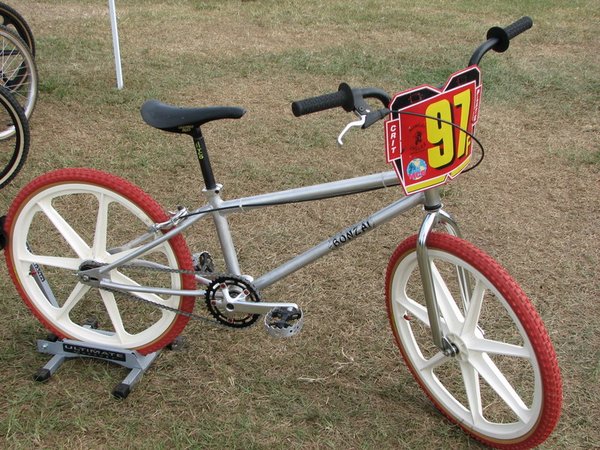 Made in a barn outside West Palm Beach in the early 90's!

Bonzai was a short lived bike company located in Lantana, Florida, in the early 90's. Bonzai Cycles was actually a bike shop that had frames made locally. The frames were made from thick aluminum tubing in a barn just west of West Palm Beach. Bonzai had a pretty good factory team from 91 to 93. (Including myself!) Terry Tenette actually rode a Bonzai during the 92 season, and had a Bonzai XXL signature 20" frame. This is my late 91 Bonzai Cruiser that was made for me. It was used for the 1992 Florida State Series, and for the 92 Summer Bonzai "Tour" throughout the east coast, hitting all of the NBL nationals that year. This bike is now my "Key West Cruiser". I add a bike rack on the back, add a front brake, and add a parrot-head horn, and it's ready to go! It's still tons of fun to ride!

More Bikes From coloredtuffs (32 bikes in museum. View all)