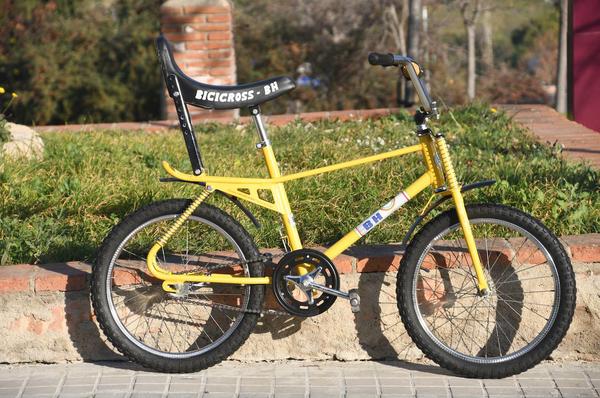 First generation of the most popular muscle bike in the late 70's in Spain. It weights a ton, but it's a cool bike, isn't it? ;-)

Well, I said first gen, but it's not 100% true. Most of the bike is, but the forks and the front fender are second generation, as they are prepared to allow a front caliper (that first gens didn't have). The banana seat is second gen too. First Bicicross had a fat seat, but not as cool as this one, so I decided to install this one on it. The original yellow was a bit dull, so I decided to powder coat it GT yellow to make it look cooler.