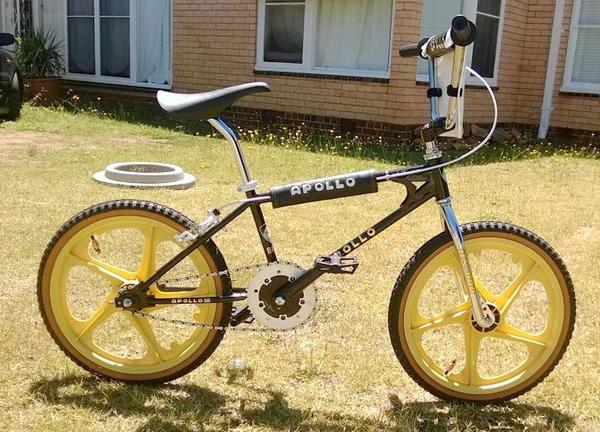 Earlier this year I picked up a wreck of a chrome frame that was bent, broken, and a shadow of the BMX it once was.

I had just watched the karate kid, the original one not that filth that Will Smiths kid is in, and was all inspired to get myself a BMX.

I found out that the bike in the movie is a Mongoose Two Four, I knew I couldn't afford one of those. So off to the local junk shop to grab a wreck.

After picking out the Apollo over an old Roadmaster (the Roadmaster was in better condition, but I couldn't see any potential) I set about pulling it apart.

Long story short and many $ later the result is a bike I ride almost every day and have enjoyed thoroughly.

Im now building a 24. An 84 Hotfoot. I just couldn't shake the need for something more like the karate kid bike. I think a Mongoose Two Four is on the cards this year as well.