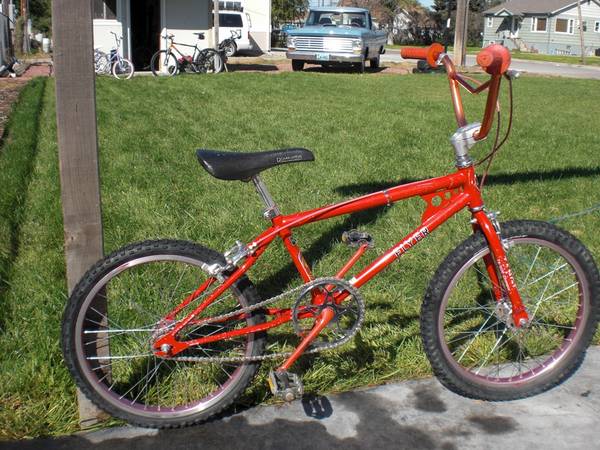 Thrift store find for $3! This is the same as the Apollo Kuwahara except it has better components than what I have seen on the original Apollo's. Bike has Araya rims with Suzue hubs, Sugino crank w/ Sugino "Snowflake" chainring, Dia-compe brakes, alloy "V" bars and fluted seatpost. The brakes and seatpost were originally red, but were so faded that I stripped the anodizing and polished them up. I had an American Flyer as kid, which was Kuwahara made as well, except mine was black with chrome forks and was a full chrome-moly frame and fork.