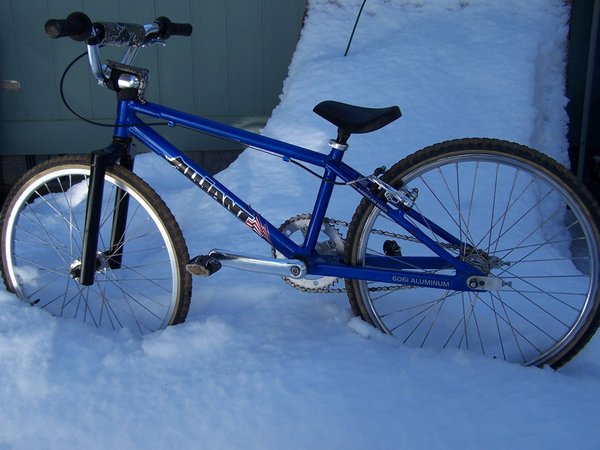 This is an Alliant JR frame. The Alliant company was formed around 2001 by Mike Devitt from SE fame and Gary Turner from GT fame. The two icons in BMX history formed this company and produced some outstanding frames and forks that exibited the craftsmanship from both of the legendary companies (GT and SE.) In early 2005, Mike Devitt left Alliant and Gary Turner dropped the Alliant name. I also included a few pics of another Alliant pro sized to compare.

More Bikes From pjcruiser (12 bikes in museum. View all)