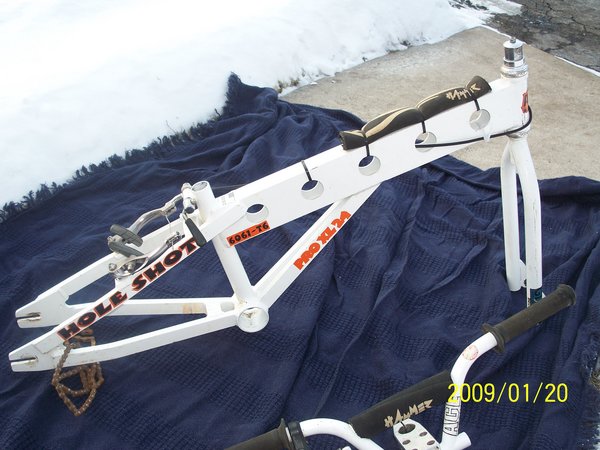 I got this frame in a trade from Mike Tisa here on the museum...He was a factory rider for ACE and he talked to Andy (the owner of ACE) about the holeshots and came up with some info for me....The holeshots were produced between 1993-1998, The first 2 batches which were non-heat treated frames and were made with 1in headtube.  They tended to snap at the BB shell and were returned on warranty, so if you wahve one with a 1" headtube, look out! :) There were roughly 300 total made between 20 & 24in, coming in yellow, red & black...This one came with a set of ACE go-go bars which were made in very limited production. This bike came to me as a complete (minus cranks) and I plan on keeping it as OG as possible with minimal changes...Stay tuned!